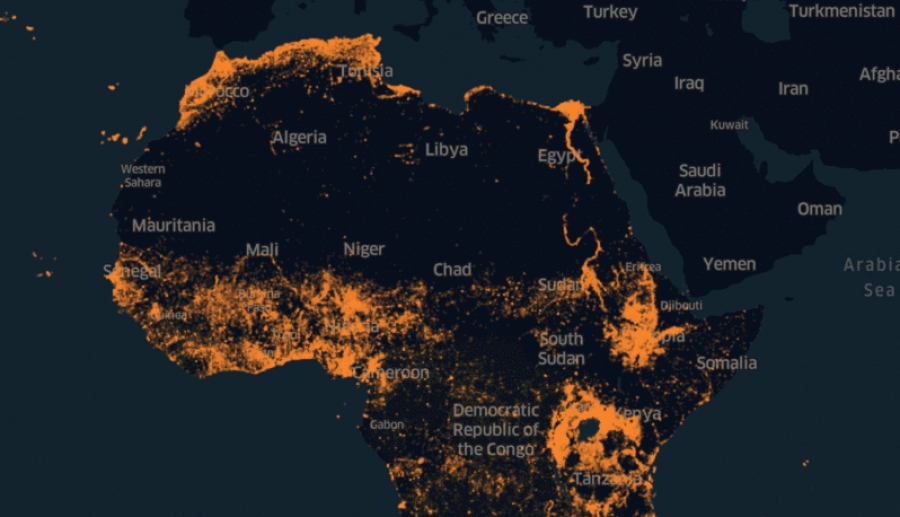 Artificial Intelligence (AI) has been gaining momentum by the day thanks to the support it has gained from big tech companies. Facebook is among the companies that have invested a lot of resources in this technology. The company has been experimenting with different ways AI can be deployed to solve human problems. The latest groundbreaking use of AI was seen in a partnership between Facebook and the Center for International Earth Science Information Network. The two companies wanted to get the administrative data for countries the majority of which are on the African continent.  With the use of advanced computer vision and machine learning, Facebook managed to combine satellite imagery with public census data and other data sources to create detailed information on Africa’s population density maps.

With the use of AI and other technologies, information regarding where the continent’s population live was collected. The information provided by the application of AI, machine learning models and satellite imagery not only pinpointed where people live but also give accurate information about the population. This technology can help authorities such as local governments and aid organizations in their administrative activities. Governments and aid organizations can inspect satellite images and discover small villages where people live or where isolated houses and communities are situated. The Facebook project consisted of neural networks which classified approximately 11.5 billion images from satellites, each with 64x64 pixels based on data based on 1 million pictures.

These neural networks found out where people lived based on the presence of homesteads or buildings while skipping the areas that were uninhabited. Manually doing such jobs can be daunting as it would take a lot of time, money and effort. Although large high-resolution satellite images may be available, turning these images into meaningful information without AI is not an easy task. This can even be worse in remote areas such as the African continent. However, this task can be simplified by AI. As shown by Facebook’s engineers, the computer vision system can be trained so that they can recognize buildings in high-resolution satellite imagery. The unoccupied land can then be removed from the imagery leaving only the occupied area.

Facebook’s creation of AI-based population maps can be done on a massive scale. These maps can also cover a larger area and with more details which can be helpful for relief agencies because they will have more insight that eases the delivery of aid.

Due to the invention of such an evolutionary project, many problems facing humans are expected to be solved. This has been made even better after Facebook announced that the maps will be available free to everyone. The population density maps will be helpful in locating areas that require help in terms of disaster relief, vaccination and other types of assistance and urgent attention. For instance, Facebook was doing this to identify the populations which had no connectivity or those where the connectivity they have is poor. This can allow the internet to be beamed down to them with appropriate technologies.

The efficiency brought about by this technology comes along with accuracy. This is because the algorithms used by the neural networks will have learned from the actions which have taken place before and more data will have been stored. This knowledge will reduce false positives and false negatives, therefore, making the error rate acceptable when compared to the existing tools most of which are manual.

Read 915 times
Rate this item
(0 votes)
Tweet
Tagged under
More in this category: « AlphaStar Training: Starcraft Edition The Next Pulitzer Prize Winner Might Surprise You... »