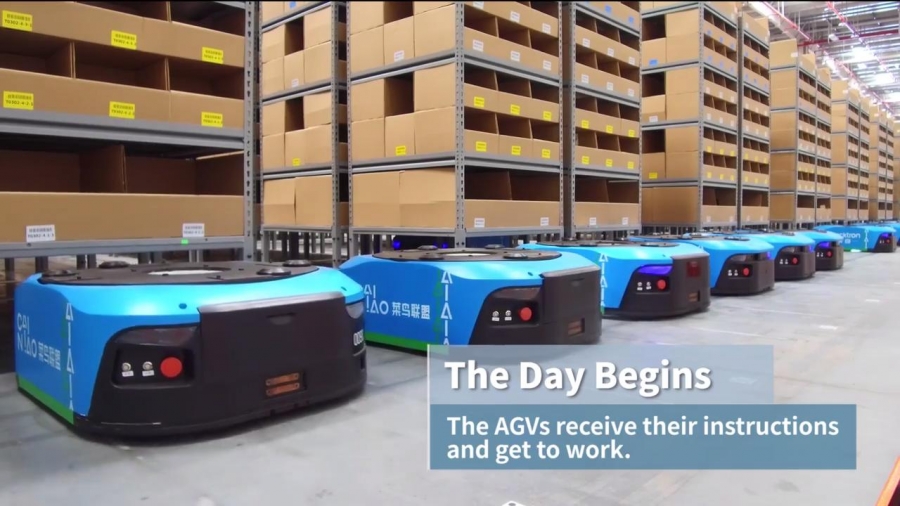 Machine Learning has been developed under the umbrella term of ‘Artificial Intelligence’. Essentially, it’s set to change the way businesses operate as know it. It’s already been adopted across many industries including healthcare, law, education and retail.

Logistics companies and industrial business, in particular, are enjoying the benefits that machine learning and AI can bring to their efficiency and production. Perhaps one of the biggest businesses to adopt this new technology is the world’s largest e-commerce marketplace, Alibaba.

What Can Machine Learning and AI Bring to Warehouse Management?

For those industries that are truly open to embracing new developments in technology, machine learning and AI can be revolutionary. It effectively means that robots are able to take on tasks that would usually be assigned to humans. This kind of technology greatly improves the productivity of a business, as robots are able to complete tasks at a faster pace than humans. There’s also less margin for human error, such as a parcel being delivered to the wrong address, for example.

Furthermore, machine learning algorithms can be used to forecast demand. It’s proving to be far more effective than existing methods that had no way of calculating demand over time. This means that a warehouse would be better equipped for coping with busier periods such as Black Friday of Christmas.

How Has Alibaba Implemented It?

The Chinese company Alibaba has a total of $248 billion transactions – more than eBay and Amazon combined! So, it’s safe to say that any company as influential as Alibaba must be entirely confident in artificial intelligence in order to use it. They now have the world’s largest automated warehouse – whereby some 700 robots do all of the work. These robots pick out the stock to send to customers and are now responsible for 70% of the work in the warehouse. Alibaba now claims that because of this technology, it will be eventually delivered to anyone in China within 24 hours and 72 hours for internationally.

Additionally, the robots are able to carry up to 500 kilograms above them as they make their way around the warehouse. Every robot is fitted with sensors, so they avoid colliding with one another. They also include a Wi-Fi feature so they can be summoned at any time by the employees.

For a huge company like Alibaba, supply chain management is crucial. Thanks to app developers, machine learning makes it possible to discover patterns in the chain using algorithms. The computer is able to analyse the existing chain and advise on which areas could be improved. Due to the nature of the computer, it’s also able to identify such flaws far quicker than manual intervention by an external assessor. Alibaba can then control inventory levels, production planning, quality and transport management.

The Future of Machine Learning in Warehouses

Alibaba is not the only business bringing automation to warehouses. Amazon and food delivery service Ocado also use robots to transport parcels around their fulfilment centres. With more and more investment being pumped into the technology, it’s likely that machine learning will be utilised more in warehouses and factories across the globe. Its potential to deliver additional value to businesses, and therefore customers, cannot be ignored. For this reason, machine learning and artificial intelligence are predicted to become an essential element in future supply chains.

Last modified on Monday, 08 April 2019
Read 3119 times
Rate this item
(0 votes)
Tweet
Tagged under
More in this category: « The Use of Artificial Intelligence by Cyber Criminals Use of AI in the Music Business »

Paul Matthews is a Manchester based business and tech writer who writes in order to better inform business owners on how to run a successful business. You can usually find him at the local library or browsing Forbes' latest pieces.